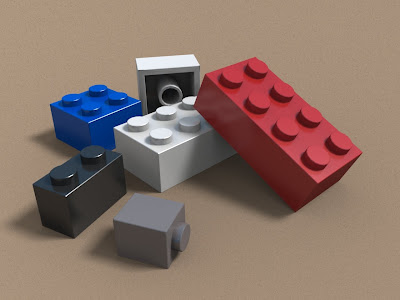 Now this post may offend some but I will let you know up front that I write many of the blog articles to myself as much as anyone. Now something that really drives me crazy is Christians who defend liberties more than they do Christ. So let's build a super Christian using the parts of the bodies of people in the church who have these liberties.

Head(brain)
To start we need someone whose mind is always thinking of worldly things instead of Godly things. We need a brain that knows God but has little time or reverence for Him on this one. We need someone who thinks they don't need to know God's Word too.

Eyes
Let's take the eyes of someone who's liberties allow them to look at pornography, movies and tv shows that we probably shouldn't fill our eyes with. Definitely someone that looks with lust on other people on a regular basis.

Mouth/tongue
We have to grab the person here who thinks that lying, even only an occasional white lie is ok. We should also make sure we integrate the mouth of a christian who thinks swearing and telling dirty jokes is perfectly acceptable and also one who says that drinking is just fine. How about a guy who yells at his family all the time.

Ears
This is a good one. We should probably get ears that listen to ungodly music and/or love to hear the juiciest gossip.

Heart
The heart is deceitful above all things, any will do so long as Jesus just has a little bit of room in there. Throw in some hatred which is like murder and some harbored resentment and we are good to go here.

Hands
We can't forget the hands. If we are going for the super christian we will definitely have to get the hands of one who thinks stealing is ok. How about a guy who beats his wife and kids? Maybe he touches someone elses wife.

Feet
Aside from Kobra Kai karate(sweep the leg) or kicking puppies I can't think of wrongful feet activities so i gotta go with feet that always go running towards all of these sins on this one.

What a guy huh? Not really right? The sad reality is that this is the body of the church today. Not that all the pew sitters have all of these individually but as a body this is what we make up. It's no wonder the world has no time to hear about our Lord and Savior. We aren't showing them that we are any different, that we are sanctified or set apart. We are commanded to tell the world to repent or perish but what are we repenting of as the body of believers. We need to repent of liberties in my opinion, especially if they are self given(which most are, just my take). There's freedom in Christ of course but in most of these things I feel that God's grace is used as a license to sin. That's just not okay. Is there something in your life that you call a liberty that is actually something that you just haven't given to God to take over? Let's examine ourselves this day and re-evaluate our response to the gift of eternal life we have in Christ. Let go of self given liberties and live lives that are set apart for Him. Below are some verses to think about in regards to the above examples.

9Do you not know that the wicked will not inherit the kingdom of God? Do not be deceived: Neither the sexually immoral nor idolaters nor adulterers nor male prostitutes nor homosexual offenders 10nor thieves nor the greedy nor drunkards nor slanderers nor swindlers will inherit the kingdom of God. 11And that is what some of you were. But you were washed, you were sanctified, you were justified in the name of the Lord Jesus Christ and by the Spirit of our God.

5Put to death, therefore, whatever belongs to your earthly nature: sexual immorality, impurity, lust, evil desires and greed, which is idolatry. 6Because of these, the wrath of God is coming.7You used to walk in these ways, in the life you once lived. 8But now you must rid yourselves of all such things as these: anger, rage, malice, slander, and filthy language from your lips. 9Do not lie to each other, since you have taken off your old self with its practices 10and have put on the new self, which is being renewed in knowledge in the image of its Creator.

3But among you there must not be even a hint of sexual immorality, or of any kind of impurity, or of greed, because these are improper for God's holy people. 4Nor should there be obscenity, foolish talk or coarse joking, which are out of place, but rather thanksgiving. 5For of this you can be sure: No immoral, impure or greedy person—such a man is an idolater—has any inheritance in the kingdom of Christ and of God.

19My dear brothers, take note of this: Everyone should be quick to listen, slow to speak and slow to become angry, 20for man's anger does not bring about the righteous life that God desires. 21Therefore, get rid of all moral filth and the evil that is so prevalent and humbly accept the word planted in you, which can save you.
Posted by SaulBecomesPaul at 9:10 PM 5 comments: