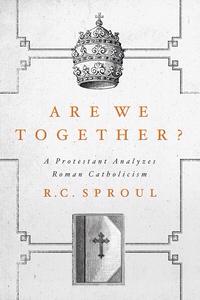 With the world such as it is with issues like mass shootings, economic collapse, and the murdering of babies in the womb, people of a conservative nature try to come together and fight against the world's system.  In this fight against moral atrocities Evangelicals,  Mormons,  Roman Catholics, and in some cases even Islam try to put their differences aside to get political and social travesties abolished.  The question is can we ever completely come together on what is ultimately the most important issue.  Salvation.  Mormons hold that Jesus is the spirit brother of Satan and not God incarnate. Since we believe that Christ was fully God and fully man and is the same yesterday, today, and forever we can safely put the label of "other" gospel on their message.  Islam too, believes in Jesus but as a prophet and that Muhammad is of more importance in the hierarchy of Moses, Jesus, and their own beloved icon. Roman Catholics are probably the closest in respect to beliefs of who Christ is.  The question is, is that close enough in regards to the Gospel. While we can join in certain social arenas and fight in the abortion ring together with Rome, R.C. Sproul tells us why we just can't get together with them on the issue of salvation, more specifically justification, in his awesome analysis, Are We Together.

A lot of Protestants can pinpoint certain theological differences between Roman Catholics and themselves.  Roman Catholics can do the same but a lot of them that I encounter go about believing that we are all on the same team because of our faith in Christ, unaware that the Council of Trent has pretty much damned Protestants for their beliefs on justification.  R.C. Sproul gets to the heart of the matter, that justification is by faith alone and that truth is why we can't align ourselves fully with the gospel of the Roman Catholic system. In it's simplest form, as seen in the book, for Protestants faith=justification + works.  Rome however views salvation as faith+works=justification.  This may look small on paper but the difference is an insurmountable gap for Christians who stand on the authority of Sacred Scripture alone. Now I have to say before we lose some here.  This is NOT an entire book of slams against Roman Catholics.  R.C. Sproul has presented here one of the most fair, loving, side by side comparisons of the two faiths. He simply takes a topic such as the infallibility of the papacy, Mary, scripture, justification, etc and compares the two belief systems in regards to the topic. Included in these comparisons are Roman Catholic and Protestant affirmations of their beliefs such as The Council of Trent, Vatican I & II, and for the Protestants the Westminster Confession of Faith.

If you have ever wondered what truly separates Protestant and Roman Catholics, no matter which side you fall on,  you owe it to yourself to pick up this gem.  Even if you think you know all there is to know, you will be surprised by something in the book.  Mary's fiat for me for instance....mind blown.  All that being said,  Sproul is of course aligned with the Protestant beliefs but believe it or not there is very little bias here.  At the end of the chapters he affirms his own personal views but this is after pages of fair analysis and comparisons from Scripture and various creeds. I don't think he's trying to fix the world here, he's just simply looking at two institutions side by side.  After all, this is a some 2000 year old disagreement and it's not going to be fixed in 122 pages.  However, I commend this book to you guys and look forward to seeing some comments from you all.  In Christ, SaulBecomesPaul.

6 I am astonished that you are so quickly deserting him who called you in the grace of Christ and are turning to a different gospel— 7 not that there is another one, but there are some who trouble you and want to distort the gospel of Christ.
Posted by SaulBecomesPaul at 12:49 PM No comments: