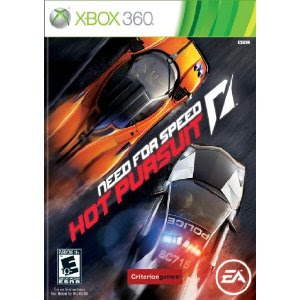 I put countless hours into Need for Speed Hot Pursuit 2 on my PlayStation 2 back in the day. When I heard they were doing a next gen offering of the series I was very excited even though the last few Need for Speed games didn't go over well with critics and have had mixed reception among gamers. Well the game is here and after playing quite a bit, I am very, very impressed with Hot Pursuit. It is a total blast! Criterion nailed this one and it's not only the best racing game of the year but also a strong contender for Game of the Year honors in my opinion.

The game offers a racer career and a police career for players to tackle across several great courses in varying course conditions(night, rain, etc). Along the way the cars get more awesome and exotic in both endeavors and the challenges get increasingly difficult. There was just something cool about driving a Ford GT police car! For those familiar with previous Hot Pursuit titles or Burnout Paradise's "cops & robbers" online mode, you will be right at home with either running from the law or busting racers. However, even though the cat and mouse gameplay is standard fare and has been seen before in other games, where Hot Pursuit shines is in the Autolog. Aside from being able to get gold, silver and bronze medals for your times in a race, the Autolog is where you can see your friends' times for every event on the career path and try to beat it. The Autolog will alert you when a friend has beaten your time and will give you recommendations to go and try to beat your friends times in return. All your times and victories can be posted to your "Wall" within the game for others to check out. You can even comment on your buddies Wall when you smash his time by one hundredth of a second. The one downfall of the Autolog is that to get the most ou 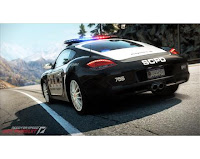 t of it, you need at least a few friends who own and play the game regularly. Players, I'm sure, will put hours into not only beating the career, but going back for gold medals and beating Autolog times. And if all of that wasn't enough, the game features a fully featured Multiplayer component.

The online portion of the game features three modes of play to choose from. There's the standard 8 player race, 8 player Hot Pursuit mode, and 1on1 Interceptor mode. I'll talk mostly about Hot Pursuit mode in the review. So, in Hot Pursuit mode a team of four racers tries to outrun a team of four police cars and it is just absolute mayhem. Both teams can employ spike strips and use EMP charges but the cops can call in helicopters and roadblocks and the racers have a crazy turbo feature. All of this is great but it really truly shines, like the Autolog in single player, with more friends who have the game. I had fun playing with random people but the fu 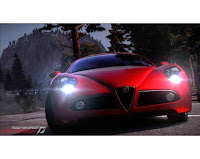 n was increased greatly when we had 3-4 of us in party chat, all in the same game. I can only imagine that having a full 8 friends in the game would make it an even greater experience.

I would encourage everyone to pick up this game. It is well worth the price of admission. I mean, where else can you buy a Bugatti police car for 60 bucks right? More importantly I want to encourage you guys in a little bit of a different way to end our review. While watching my daughter play the game and over steer off of the track to left and right repeatedly it made me think of how important staying on the right path with the Lord is. So many times we veer off with all the distractions in this world. For me I know that when I do that, I try to play super christian to make up for it and over steer the other way. Well guess what, when I can't live up to that new expectation I've set for myself I usually go all the way back and it takes forever to get back on the path God has set before me. And just like when my daughter was all over the road in Need for Speed, all it took was her daddy to get her going again. She gave control back to me a 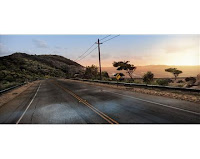 nd I set her on the road again and let her know not to over steer. If that is where you are at, veering from one side of the path to the other, give the control back to God. Your Heavenly Father will put you on the right path again. I hope you enjoyed the devotional, and I hope you enjoy the game. God bless, SaulBecomesPaul.

5 Trust in the LORD with all your heart
and lean not on your own understanding;
6 in all your ways submit to him,
and he will make your paths straight.

4 Wealth is worthless in the day of wrath,
but righteousness delivers from death.

Posted by SaulBecomesPaul at 1:56 PM No comments: